How often do you fly? Do you prefer using United Airlines and American Airlines? If yes, which of them do you prefer and why?

So, how are both airlines different? Which should you consider when traveling within the United States of America or abroad and why? You’ll have an idea after reading this post.

Take note of this. If you’re planning to travel outside the United States of America, both airlines offer the same thing. In other words, you can choose any of them for your international flight. The prices are similar.

2: In terms of service quality in Economy Class, American Airlines is the winner. They offer more for Economy Class and still charge less than United Airlines.

4: The average age of American Airlines’ fleet and that of United Airlines is another important aspect of this comparison.

A Handy Tip: United Airlines boasts the oldest fleet among all major airline operators in the United States of America.

5: In terms of passengers transported, American Airlines is the largest. The airline transports around 200 million people every year. They also record the most flights per day.

So, United Airlines transport fewer passengers than American Airlines daily and yearly. In 2021, the airline transported approximately 69.4 million passengers. The figure reported was 58.8 million domestic passengers, while 10.6 were international flights.

American Airlines flies to 225 domestic and 124 international locations in 62 countries. This report is as of January 2023.

On the other hand, United Airlines flies to 120 destinations internationally and 210 destinations within the United States of America.

7: United Airlines is the winner in the best airline for loyalty. They have frequent flyer programs, and it’s so easy for passengers to redeem their rewards.

However, American Airlines isn’t doing very bad regarding loyalty programs. Both airlines have ways of rewarding regular flyers with miles, but it’s based on the ticket price. For example, you could earn 5 miles for every $1 spent.

8: In the aspect of in-flight experience, American Airlines has a slight edge over United Airlines. So, it’s as good as placing them as the winners in this segment.

Here’s a brief on both airlines’ in-flight experience, starting with United.

Legroom on Economy class seats on United Airlines varies from plane to plane. However, on average, they have around 31 inches of pitch, the distance measured from your seat back to the same spot on the seat in front of yours.

The Economy Plus category costs more, but you’ll enjoy more legroom in most planes. You’ll get around 34 – 37 inches in pitch.

The in-flight experience could be different on the Upper-class cabin seats. The experience varies from plane to plane and route to route. For example, passengers can enjoy restaurant quality dining in the United Polaris Business Class, including perks like Saks Fifth avenue bed for long trips.

When you analyze United and American Airlines’ basic economy class tickets, you’ll discover that United has the worst ticket.

You’ll get 32 inches of pitch on most economy-class seats. However, the main cabin extra is your best bet if you want more. You’ll enjoy around 34 – 36 inches of pitch.

American Airlines’ business and first-class categories vary from route to route, and you can get luxurious lie-flat seats and other top-notch services on long-hour flights.

Finally, let’s state this clearly. American Airlines offers the best economy-class fares between the two airlines. Another thing that sets it apart is that it offers the best entertainment.

Airline incidents are not interesting subjects. The lives of many are cut short in these incidents. But for this post, let’s dive in a little.

The Aviation Safety Network states that American Airlines has had more hijacks than airlines elsewhere.

American Airlines has also suffered several horrible plane crashes since its inception. It suffered a deadline crash in 2001, where flight 587 crashed into the Queens neighborhood with no survivors.

So, American Airlines has had the most plane crashes (12). Air France is the only airline that has the same number.

Let’s look at United Airlines’ incidents since its inception.

United has also experienced several incidents, ranging from minor plane damages to passenger arrests. Besides that, the two major crashes it has witnessed are the ones that happened to flight 175 and flight 93.

Flight 175 was hijacked and made to hit the World Trade Center’s south tower. Flight 93 remains famous today, as the brave passengers prevented a horrible incident from happening.

The flight was heading to the Pentagon, but the plane’s passengers prevented it.

In total, United Airlines has had 7 plane crashes, which have claimed the lives of 288 people.

A Handy Tip: Despite the nasty plane hijacks and crashes both airlines have witnessed, flying remains the safest means of transportation.

10: Baggage safety is another important aspect of this comparison. It hurts to lose one’s baggage at the airport, even when you did everything right to prevent such.

It is important to review your airline’s guidelines on prohibited items before heading to the airport. In other words, find out about the things prohibited.

For instance, most passengers do not know that electric skateboards are prohibited until they arrive at the airport with it.

A Handy Tip: If you misplace your baggage, American Airlines will pay you for the items lost while you’re enjoying your vacation.

11: On aircraft safety, both airlines are in a good place. Both air transport companies use standard aircraft brands and models, such as Airbus, Boeing, etc.

We all know that Airbus makes one of the best airplanes in the world. And their airplanes are used worldwide. Their planes also come fitted with “Skywise Reliability,” a program designed to immediately notify operators of any perceived damage.

United Airlines uses Embraer, Airbus, and Boeing 757,767,777, including the 787 models. However, it’s refreshing that the company plans to replace its old 757 planes with newer and state-of-the-art Airbus models called the A321XLR. It will happen within the next few years.

This United vs. American Airlines comparison should help you decide the ideal platform among both.

However, United Airlines has experienced fewer incidents than its American counterpart. The airline company has only recorded 7 crashes, while American Airlines has recorded 12. 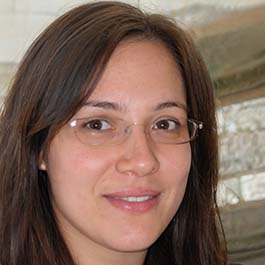 Linda Foster is a news blogger with an insatiable appetite for current events. She is constantly digging for the latest scoop, and her readers can always rely on her to get the story first. Linda has a sharp eye for detail, and she isn't afraid to ask the tough questions. When she's not blogging, Linda enjoys spending time with her family and friends.

How To Describe Sunset: 15 Inspirational Descriptions

27 Interesting Facts About Brooklyn You Should Know

Is Williamsburg Brooklyn Safe? Read This Before Visiting

Williamsburg is an iconic Brooklyn neighborhood. It is known for its vibrant and diverse nightlife, hipster

What Age Does Daycare Stop: No Parent Should Skip This Post

If you are a new parent, or expecting, you probably should be thinking of how to

27 Interesting Facts About Brooklyn You Should Know

How To Describe Sunset: 15 Inspirational Descriptions

Here is a special post on how to describe sunset. How do you even describe something

How Long Do Meatballs Last In The Fridge: Must-Know Storage Tips

The question, “how long do meatballs last in the fridge” is a vital one. Why? The